Newly published research investigates the contrasting approaches taken by European states to the multiculturalism that results from increased migration.

At the height of the search for Osama bin Laden in 2006, a US think-tank surveyed the relationship between westerners and Muslims living in Britain, Germany, France and Spain.

The results were eye-opening. Conducted by the Pew Research Centre in Washington, the poll found, for example, that 14% of British and 16% of Spanish Muslims had some “confidence” in the founder of al-Qaeda. About 15% in Britain and France could envisage a scenario in which suicide bombings might be justified. Meanwhile, at least 75% of British non-Muslims held that Islam was the “most violent” religion, even though 64% claimed to have at least a “somewhat favourable” view of the same.

Muslims are, of course, just part of the ethnocultural mosaic which constitutes large parts of Europe after decades of large-scale immigration. Since 9/11, they have also been the most prominent, and the subject of greatest apprehension. So the 2006 survey raised a couple of important points. First, it stressed that at least some elements within these minorities are not being successfully absorbed into supposedly multicultural European societies. Second, as the views on bin Laden indicated, there is a connection between those difficulties and the policies of European states abroad.

Yet the connection is often dismissed. Tony Blair, who was Prime Minister when four home-grown terrorists detonated bombs in London on 7 July, 2005, has for instance always denied that the atrocity was catalysed by wars in Afghanistan and Iraq. That is not a view shared by Eliza Manningham-Buller, Director General of MI5 at the time. At the Chilcot Inquiry in 2010, she spoke about a growing number of British citizens, “some of them third generation, who were attracted to the ideology of Osama bin Laden, and saw the West’s activities in Iraq and Afghanistan as threatening their fellow religionists.”

Blair’s view is also not one to which Christopher Hill, Professor of International Relations at Cambridge, subscribes. In his latest book, The National Interest In Question, he addresses why, among European states, Britain has been the target of so many terrorist attacks, and points to the lethal mix of war in Muslim countries and a society in which many Muslims feel alienated. “Individually, neither of these factors would probably have been enough to have precipitated insurgency,” he writes, “together, they produced an explosive mixture.”

As a self-proclaimed ‘internationalist’ and noted expert on foreign policy, Hill came to the book with both personal and professional motives. For most of his life he has enjoyed living in the culturally diverse London Borough of Haringey. At various times, however, his home city has become “an epicentre of fear and tension”. This led him to reflect on the extent to which international and domestic affairs have become entangled.

“I’ve always been of the view that foreign policy is not just about the great game on a chessboard,” Hill said. “You can’t understand foreign policy without understanding certain domestic agendas. That’s increasingly true because of social diversity. Not everyone within a minority is happy to have their government represent them.”

The societies of the EU-15 states analysed in the book tend to be seen as ‘multicultural’, but that disguises extremely wide-ranging practices. Hill perceives three basic approaches: states like Britain, the Netherlands and Sweden celebrate diversity and the expression of group identities. Others, like France, Denmark and Greece, demand ‘integration’ with an existing national identity. In the third group, in countries such as Germany, Italy and Spain, a clear approach has yet to emerge. Here, immigrants live in ‘parallel societies’, partially acknowledged, often discriminated against.

The book suggests that no strategy has satisfactorily resolved the transformation that the sudden shock of 9/11 forced upon the relationship between events overseas and the home front, by alerting European states to the threat posed by minorities in their midst. Conversely, domestic matters suddenly became linked to the outside world: “No action, whether the banning of the hijab or a change in the abortion laws, now exists in a vacuum, unaffected by the international environment.”

Hill characterises such interconnectedness as “feedback loops” between a country’s take on its own ethnocultural diversity and its actions abroad. Discomfortingly, the book argues that the “loops” produced by countries such as Britain are perhaps not that effective. Often, he argues, enabling minorities to self-identify as distinctive creates a primary connection to external or transnational identities, such as the Muslim Ummah (the collective community of Islamic peoples). If Afghanistan and Iraq then become the object of British intervention, tensions boil over.

He argues that such linkages are only the most visible instances of multiple transnational ties that exist across and beyond European societies. The proliferation of minorities created by mass migration and more-open economies means that states now have to cope with diaspora politics, or simply the increased sensitivity of people to events beyond their borders. 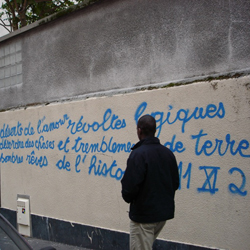 This two-way flow between domestic and international events is difficult to manage or predict. No model is without its problems. France, with “the most assertively integrationist democracy in existence”, has marginalised its Maghrebian minorities to the extent that, in 2005, the youth of the banlieues rioted not about foreign policy, but limited opportunities at home.

Coupled with a more circumspect approach to foreign policy, France’s often bloody-minded restriction of expressions of identity and faith has resulted in surprisingly few home-grown terrorist incidents, but Hill suggests that the situation is unlikely to last. Increasingly, these non-integrated groups are turning to transnational organisations for support. Coupled with the dramatic changes in North Africa following the Arab spring, French foreign policy is unlikely to remain insulated from its Islamic minority. Meanwhile, the muddled lack of consensus in societies such as Germany and Italy is called into question the more their profiles rise on the international stage.

The potential to bind EU citizens through some sort of greater, pan-European identity remains, in Hill’s view, a distant dream. While the European Council adopts broad stances on diversity (pro-social cohesion, pro-tolerance), it rarely displays the capacity to tackle specifics, such as citizenship, or group rights. Its own foreign policy, on matters such as asylum and terrorism, has been of limited success, not least because of the Member States’ determination to retain sovereignty over diplomacy and immigration. Some avoidable tragedies, such as the deaths of immigrants trying to reach Lampedusa or Malta, have occurred because they slipped through the gaps between the gradations of the EU’s much-vaunted “multi-level governance”.

The abiding impression is one of nation-states, democracy and Europe in flux with each state precariously balancing responsibilities to its own society with those of contributing to civilised regional order. “Governments are sometimes not aware of the existence of alienation until it literally blows up in front of them,” Hill writes bluntly. Interventions overseas that begin with a specific goal, such as regime change, unpredictably increase the likelihood of “blowbacks” as they evolve into long-term processes like peacekeeping and nation-building.

What is undeniable is that migration in particular has forged a multitude of helical connections between the foreign policy of EU states and events within their own borders. Integrationism is one ‘solution’ but to some extent it denies changes on the ground. For its part, state multiculturalism has not “failed” as David Cameron would like to claim, but it has run into difficulties. Yet, multiculturalism does not in itself cause terrorism, nor breed radicals. Hill closes by suggesting that governments should extend their respect for differences within the state to influence policy making beyond it. As General Sir Richard Dannatt once wisely observed, if you are going to foster tolerance of minorities at home, you should think twice before you go round to their relatives’ house to kick the door in.

The National Interest In Question: Foreign Policy in Multicultural Societies is published by Oxford University Press (2013). 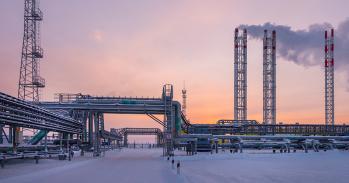 A policeman arrests people in the northern Paris suburb of Clichy-sous-Bois, 2005, after police clashed with angry youths