Fingerprint of a killer

Can whole genome sequencing provide the forensic information needed to map and control the global spread of antibiotic-resistant bacteria?

Sequencing can now be done in less than a day, which means that information is produced in time to influence clinical practice.

A lethal combination of factors threatens the future of global health – the inexorable emergence and spread of pathogenic drug-resistant bacteria, and a slowdown in the development of new antibiotic drugs that are effective against these superbugs. The era of the ready and rapid cure of common bacterial infections may be coming to an end, heralding a return to a time when such diseases were the most common cause of death.

Why are bacteria so successful in fighting back? Many bacteria can divide as fast as every 20 minutes under ideal conditions, which allows them to adapt very rapidly to adverse environments. By acquiring pieces of DNA from other bacteria, strains are selected that have a fitness advantage and over time can build up a catalogue of genes that help them to survive. Acquiring DNA that codes for antibiotic resistance is a prime example of this process, and is fuelled by antibiotic use.

Halting the current emergence of ever-more resistant bacterial pathogens requires attention to the root cause, which means rigorous control of antibiotic use. This is difficult to achieve on a global scale and has had little success in much of the developing world where antibiotics are available over the counter. In the meantime, control efforts rely on tracking the emergence and spread of multidrug-resistant strains, and the rapid detection and containment of outbreaks. Researchers at the University of Cambridge believe that this is where technologies based on whole genome sequencing (WGS) could really make a difference.

Outbreaks of infection caused by multidrug-resistant bacteria create notable problems in hospitals where antibiotic use is high and patients are prone to hospital-acquired infections, but detecting these outbreaks quickly so that they can be efficiently controlled has proved challenging.

A team of researchers from the Department of Medicine, the Wellcome Trust Sanger Institute and Cambridge University Hospitals has been using advanced WGS technologies to sequence the genomes of a range of multidrug-resistant bacteria associated with hospital outbreaks, to find out whether this approach could be used to confirm rapidly and accurately that an outbreak is taking place.

In a study published in June 2012 on the superbug methicillin-resistant Staphylococcus aureus (MRSA), WGS was combined with the search for tiny variations in the sequence of different strains. This showed that ‘genetic fingerprints’ could be used to distinguish between bacteria isolated from patients who were involved in an outbreak and bacteria isolated from those who were not. A second study subsequently showed that WGS could be used to detect the spread of MRSA from hospitals into the community, and was used to identify a carrier in the hospital, helping to bring the outbreak to a close. Efforts are now under way to apply this technology to other bacteria, including multidrug-resistant Gram-negative bacilli, a group that comprises some of the most pathogenic disease-causing bacteria.

How does this approach differ from what we can already do? “Current bacterial typing methods often lack sufficient discrimination to be able to distinguish between strains of the same bacterial species isolated from different people. This means that we cannot confirm whether transmission has taken place and so typing is not used as part of routine infection control,” explained Professor Sharon Peacock, who led the recent MRSA studies. “WGS promises to inform and enhance infection control decisions. Sequencing can now be done in less than a day, which means that information is produced in time to influence clinical practice.”

Peacock’s latest studies have started to look at drug resistance in Mycobacterium tuberculosis. An estimated 650,000 cases of multidrug-resistant tuberculosis (TB) occurred worldwide in 2010, of which 9% were classified as extensively drug-resistant (XDR). It can take weeks or months to determine the full antibiotic-susceptibility profile of M. tuberculosis using traditional culture-based techniques, yet effective treatment of XDR TB is essential; the wrong treatment is bad news for the patient and also means that the organism can spread to, and infect, other people. Preliminary studies by Peacock’s group have started to explore how fast and accurate sequencing can be at predicting the resistance pattern of M. tuberculosis.

Sequencing technologies are becoming faster and cheaper, but there are barriers to adopting these into routine clinical microbiology. “Generating the sequence data is within the capabilities of hospital diagnostic laboratories and can be done using easy-to-use DNA isolation and preparation kits, and bench-top sequencing machines,” said Peacock, who is also a clinical specialist at the Health Protection Agency. “However, what is currently lacking is automated sequence interpretation tools that turn a string of genetic data into information that is useful to healthcare and public health workers. Analysis, interpretation and management of the data to provide a mechanism for local, national and global surveillance are significant challenges that we and others are beginning to address.

“We also need to understand the cost versus benefit associated with the introduction of this technology into the NHS. Under what circumstances does the extra information provided by sequencing make a difference to patient outcome, disease control or healthcare cost, and when is it not worth doing?”

Nevertheless, she predicts that WGS will lead to a major paradigm shift in public health microbiology: “It’s not a question of if, but when, this change will happen.” 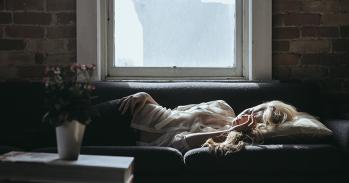 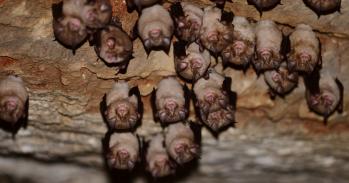 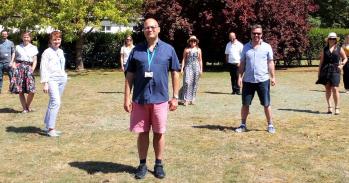