A Book of Strange and Wonderful Tales and its Eminent Translator

Crocodiles have pearls in their ears; statues move and speak. The first English translation of a collection of Arab fantasy stories opens a window on to the imaginings of the medieval mind. Professor Malcolm Lyons has brought alive for the modern reader the gripping yarns in Tales of the Marvellous and News of the Strange.

The purpose of stories is to speak to the reader so you need to bring them alive while remaining faithful to the spirit of the story.

There once was a king afflicted by a terrible sadness. His name was Shahriyar. “He had a hundred concubines, but none had given him a son. He had sent agents to buy him slave girls but whether he stayed with them a day, a night or a year, not one of them would conceive. The wide world shrank in his eyes as, whatever greatness he had achieved, he had no son.”

So begins the English version of Julnar of the Sea and the Marvels of the Sea Encountered by Her, the sixth of 18 stories contained in a collection of Arab medieval fantasy called Tales of the Marvellous and News of the Strange. Translated into English for the first time, and newly available to millions of readers, the tales open a window on to the enduring preoccupations and wild imaginings of the medieval mind.

Translation is an art, a question of stepping lightly between accuracy and context, tuned to the slightest nuances of meaning and association. When Malcolm Lyons, former Professor of Arabic at Cambridge University and a Fellow of Pembroke College, embarked on the task of bringing these age-old stories to life for the modern reader, he had behind him some six decades of scholarship as an academic deeply interested in the interconnections between civilisations and cultures. 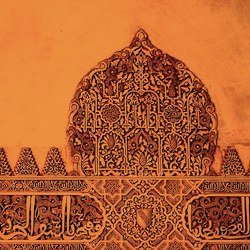 The process of taking an Arabic text and transforming it into accessible English did not daunt Lyons. In his retirement from teaching at the Faculty of Classics and later at the Faculty of Oriental Studies, he has continued working. With his wife Ursula Lyons (Emeritus Fellow of Lucy Cavendish College), he produced a translation of The Thousand and One Nights (published by Penguin Classics in 2008). He is currently working on translations of early Arab tribal epics.

The process of translating Tales of the Marvellous took Lyons 18 months of intensive work at his desk at home in a thatched cottage just outside Cambridge. How difficult was it? “As a student, you’re taught to translate each word with precision. But if you set about translating a story word by word, the resulting text would be dull or demented, or both. As I’ve got older, I’ve become more flexible. The purpose of stories is to speak to the reader so you need to bring them alive while remaining faithful to the spirit of the story,” says Lyons.

The backstory of Tales of the Marvellous is suitably exotic: there is just one copy in the original Arabic, a fabulously precious but battered volume of some 600 handwritten pages held by the mosque of Aya Sofya in Istanbul. The book was discovered in 1933 on the shelves of the mosque’s library by Hellmut Ritter, a German Arabist. Ritter brought its existence to the attention of the academic world but he never translated the stories contained within its fragile and worm-eaten pages. 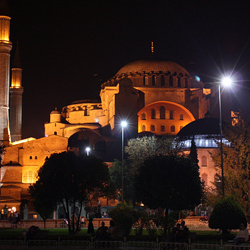 Scholars following the clues contained in the text believe that Tales of the Marvellous were compiled in the 10th century. Many of the stories in the collection have yet earlier origins. The manuscript itself, imperfectly transcribed in 'vulgar style' in Egypt or Syria, is likely to date from the 14th century or later.  When the book was discovered 80 years ago, it was incomplete: it has no cover and its contents page suggests that there were originally many more stories.

Tales of the Marvellous is thought to be the work of Muslim authors. But its ebb and flow of stories – and stories within stories – mix themes found in Islam, Christianity and paganism. With no boundaries between fact and fiction, reality is suspended. A virgin sleeps with a prince but, when he encounters her again, she is still a virgin; crocodiles have pearls in their ears; bronze statues move and speak. Many of the themes known to storytellers and modern film-makers are found in these pages: love unrequited, the jealousy of siblings, the search for novelty and lust for luxury, the blindness that comes with greed, whether for sex or power.

These are tales brimming with superlatives - jewels, camels and slaves are measured in hundreds and thousands. Yet just when the reader is dizzy with excess the narrative skids to a halt with words of wisdom that travel down the centuries. In Julnar and the Sea, Shahriyar gets the son he has longed for and realises that he will have to cede this throne. He quotes from the poet: “When something is completed, its decline begins;/Say “it is finished” and it starts to fade.” Life is fragile, nothing is permanent.

The cast of players who feature in Tales of the Marvellous takes in the full gamut of the medieval world, both real and imagined – from kings to slaves, from mermaids to shape-shifting jinn. Craftsmen make frequent appearances: among them tailors, cooks, barbers and greengrocers. Stereotypes abound (women are duplicitous; strangers are ugly and wicked; black men are as big as buffalos) and the text is liberally splattered with blood and gore (heads are lopped off, women are raped).

Many of these characters would have been familiar to early audiences and some of the same stories (including Julnar and the Sea) feature in The Thousand and One Nights, a later and much better known compilation. But there are some surprises too. “My favourite among novel characters is the devil in The Story of Shul and Shumul who, uniquely for the devil as far as I know, offers to do a good deed and restore a kidnapped bride back to her prospective husband. The would-be astrologer, helped at one point by a little bird and a locust, in The Story of Abu Disa is also unknown elsewhere,” says Lyons. 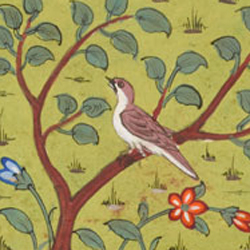 Quests are tried-and-tested narratives that bring with them ample possibility for transformations, strange encounters, extraordinary happenings, and travel to exotic islands and beyond. Lyons says: “The notion of transformation was a familiar one – as shown in stories told by the writers Ovid and Apuleius. The sea is a key to wonderment: you can’t see what might be on the other side of it and you can’t take your camels there to find out. So the imagination can run wild.”

The narrative of Julnar and the Sea unfolds in a roller-coaster of twists and turns. Shahriyar gets his girl and Julnar, a sea princess of stunning beauty, gives him a splendid son named Badr.  When Badr grows up, he too needs a bride. Who is good enough for an invincible rider and dangerous fighter, a man destined to succeed as leader?  The quest for a bride takes Badr over land and sea, a tumultuous journey in which he is turned into a red-legged stork and a scheming queen becomes a mule. The happy-ever-after ending comes when Badr weds Jauhara, daughter of the supreme king of the sea, after which “they all lived the best, most pleasant, comfortable and untroubled of lives”.

Tales of the Marvellous benefits from an excellent introduction by Robert Irwin, the historian who quietly persuaded Lyons to undertake the translation. In his references to the craft of story-making, Irvin skips nimbly from other Arab stories to Chaucer’s The Canterbury Tales and a cartoon series in the New York Evening Post called Ripley Believe It or Not. Discussing classic tricks of the story teller’s trade, he alludes to Beatrix Potter’s The Tale of Peter Rabbit, in which Peter’s mother says: “You may go into the field or down the lane, but don’t go into Mr McGregor’s garden.” The reader wants, and doesn’t want, Peter to disobey his mother.

What should we make of Tales of the Marvellous, now that six centuries have passed since a scribe sat down with a sharpened quill and ink pot to copy them out on to sheets of parchment? Irwin concludes that the collection is not simply one of folklore; the stories do not read as if they come solely from an oral tradition.  He argues that Tales of the Marvellous should be regarded as an early example of literature – perhaps the very first case of pulp fiction. 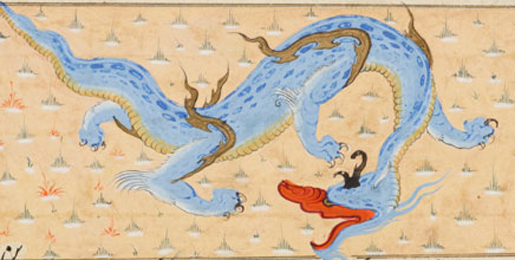 Does the translator agree with this description? “I have to admit that I’m not an expert on pulp fiction as I haven’t read any. As a boy I was brought up on stories of fairy mounds and water horses in the Scottish Highlands as well as the Grey Man who follows climbers on the slopes of Ben Macdhui in the Cairngorms,” says Lyons. “It’s certainly true that Tales of the Marvellous wouldn’t get any prizes for literature but nor were they designed to. They are entertainment for audiences of all ages and transport us to places where anything can happen.”

Tales of the Marvellous and News of the Strange (translated by Malcolm Lyons) is published by Penguin Classics. 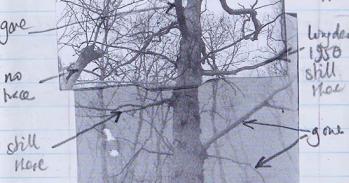 Detail from 16th century Persian manuscript, 'The marvels of creation and the oddities of existence'