Whither the ozone hole?

To mark the annual International Day for the Preservation of the Ozone Layer (Ozone Day), Dr Neil Harris, an expert on the atmospheric composition from the University’s Department of Chemistry, discusses why research into this issue is as important as ever.

Whether the extremely low stratospheric temperatures last winter were a fluke, or whether they were another manifestation of climate change is not clear.

The ozone hole is iconic. Even an old grump like me has to admit that. It was discovered so suddenly and unexpectedly, and yet was so large that it captured the public imagination. (It helped that NASA could provide striking colour pictures, of course!) However over the last 10 years or so the reality of the ozone hole has drifted away from the public’s consciousness, and the term is now widely used to represent environmental problems as a whole. As someone who has studied it for a number of years, this is both welcome and frustrating. The term is an excellent short-hand for describing what I do when meeting people; but I’ve lost track of the number of times I have had to explain that the ozone hole is not global warming or air pollution.  Or even that it comes back year after year and will do so for the next 50 years.

The size of the ozone hole varies from year to year, and so every August many atmospheric scientists start keeping an eye on what is happening at the other end of the world. Scientists at the British Antarctic Survey in Cambridge (where the ozone hole was first discovered) keep an especially close eye as they continue their 55 year record of ozone observations. Elsewhere, the advent of the web means that there is ready access to measurements from the ground, from balloons and from satellites. This year, for example, the Antarctic winter has been very cold with temperatures still below –80°C over large parts of the stratosphere. The ozone hole has formed earlier than usual and is now nearly as big as it ever has been, though it is unlikely to grow much larger over the coming weeks.

The Montreal protocol, the international treaty which limits the production of CFCs (chlorofluorocarbons) and other ozone depleting gases, has been very successful, with emissions cut right back to the bone and atmospheric concentrations starting to decline. However these gases can live in the atmosphere for 50-100 years, and so the decline is slow. It is real, nonetheless, and overall levels are 5 to 10% below their peak. So why is no recovery discernible in the ozone hole?

The reason is probably to do with the complex interaction between the ozone depletion and climate change. If the lower part of the atmosphere warms, then the upper part has to respond. Both are happening in the same atmosphere, so it is simplistic to think that the two phenomena are isolated. (Even though the scientific community did just that for many years.) The links between the two are poorly understood, certainly not enough to make firm predictions about what will happen. This problem is being studied a great deal at the moment. It is important for understanding future ozone levels; it is also important because the stratosphere will modulate climate change. It is thus not surprising that we cannot see a recovery in the ozone hole each year.

What was surprising was the appearance earlier this year of the largest ozone loss over high northern latitudes following the coldest winter yet seen in the Arctic stratosphere. As in the Antarctic, this was observed by instruments on the ground, from balloons and from satellites. The detailed analyses are underway. Whether the extremely low stratospheric temperatures last winter were a fluke (and variability over the Arctic is high) or whether they were another manifestation of climate change is not clear. The surprising and unexplained feature in the Arctic stratosphere is that the cold winters have got colder over the last 40 years. In other words there are still warm winters which are similar to what they were before; but cold ones are even colder. At the moment there is no good explanation of this observation, and the models do not reproduce it.

Given this development in the Arctic, it has been disappointing to hear the rumours and speculation that Canada, which has provided the cornerstone of ozone measurements at high northern latitudes, is considering cutting its observational programme. This has probably occurred because people not familiar with the field thought that the problem was solved. Hopefully the rumours are wrong or the decision will be reversed. Similar sentiments have, I am sure, being expressed elsewhere; I only mention this here because Canada has made such an important contribution (over 50 years of high quality measurements) up to now that any loss would be proportionately great.

This interaction between ozone depletion and climate change means that the scientific interest in continuing long-term measurements of ozone is as great as it ever was. Events such as the United Nations Environment Programme’s Ozone Day, held each year to mark the signing of the Montréal protocol, are therefore important reminders. First, the ozone hole reappears each year. Second, it is possible to take effective international action on global environmental issues. Third, these issues are long-term and do not quickly disappear. They need watching. 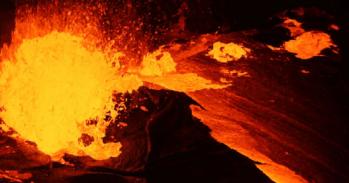 Size matters: if you are a bubble of volcanic gas 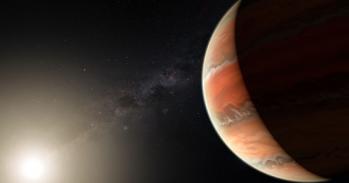 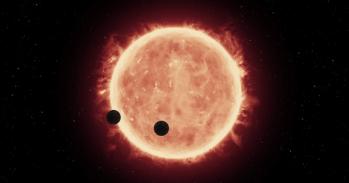