Today, we commence a month-long focus on research on migration. To begin, Professor Madeleine Arnot and Professor Loraine Gelsthorpe, Co-Convenors of the new Cambridge Migration Research Network, discuss the Network’s rationale and aims, and our preoccupation with the impact of migrant populations.

Cambridge is well placed to advance our knowledge about the reasons and causes, the impacts and consequences, of moving populations within and across national boundaries

Immigration and migration have become symbolic of the 21st century. Ban Ki-moon, Secretary-General of the United Nations (UN), called this century the “new migration age”, a second stage of globalisation, the first being the movement of goods and capital.

Estimates from the UN suggest that although only 3% of the global population is living outside their country of origin, absolute numbers grew from 155 million in 1990 to 214 million in 2010. In Europe (including Russia), this means an increase from 49 million to 70 million (UNDESA, 2011). Today, the total number of international migrants is 232 million (UN, 2013). Of the world’s migrant population, there were 15.4 million refugees worldwide at the end of 2012 (UNHCR). Almost 30 million people have been internally displaced (UNHCR, 2013). Just over a third of international migrants have moved from a developing to a developed country.

In the UK, the issue of migration is very much in the public eye. The Migrant and Refugee Communities Forum reported that between January 2000 and January 2006, four newspapers and their Sunday editions published 8,163 articles on refugees and asylum seekers (almost five articles per day). According to the Information Centre about Asylum and Refugees, the most commonly used terms in headlines were ‘arrested’, ‘jailed’ and ‘guilty’, as well as ‘scrounger’, ‘fraudster’, ‘burden’, ‘cheap labour’, ‘threat’, ‘to be feared’. Some feel that this narrative, which presents immigration purely as a threat, is now so dominant that it cannot be displaced.

However, while there is understandable concern for the effects of immigration on local economies, particularly in relation to high unemployment, demographic explosions, welfare provision and crime, there is now recognition that migration could be an important means of reducing social inequality within and across nations. In a comment in The Guardian newspaper, Ban Ki-moon notes that the world has moved from the first stage of globalisation, when the benefits and wealth flowed to developed countries and their major trading partners – India, China and Brazil – to a second stage, an “age of migration”. Migration now has a beneficial impact in which, in one year alone, some £131 billion, three times the level of international aid, was sent by migrants living in the developed world back to their homes in developing countries in the form of remittances, subsidising new educational institutions, healthcare and economic enterprise.

Similarly, the global flow of highly specialised knowledge, expertise and personnel back to the developing world has the potential to generate new opportunities for growth. School and university students and scholars migrating across the world contribute to the dynamic global knowledge economy, while new global forums have been established to harness what Ki-moon describes as “the power of migration to advance development”. Ban Ki-moon asks us to note that the freedom of travel and movement “oils” the global economy providing new sources of labour, creating new forms of employment, and opening up new personal trajectories in search of better lives and opportunities. He argues: “Migration can be an enormous force for good. If we follow the evidence, and begin a rational, forward-looking conversation about how to better manage our shared interests, we can together help to usher in the third stage of globalisation – a long-awaited era where more people than ever before begin to share in the world’s prosperity.”

Such sentiments challenge world-class universities to engage with global development through a better, richer and more informed analysis of migratory patterns of human kind, whether in prehistoric, historic or contemporary times. The Cambridge Migration Research Network, thanks to support by a grant from the Vice-Chancellor’s Endowment Fund, addresses this challenge by bringing together scholars from the arts, humanities, social sciences and natural sciences. The aim is that we improve our understanding of migration, considering not only the difficulties associated with human movements but also how they have contributed to global development in the past and how they might do so in the future.

Humans have always been on the move – their movement is linked to survival. It represents one of the ways in which, through human adaptability, the species can survive changes both in its physical environment and in the social and political habitat. The escape from violence from fellow humans, the exploitation of our desire for a better life, the recruitment of slaves, migrant workers and sex trafficking are all part of this complex story.

The University of Cambridge is well placed to advance our knowledge about the reasons and causes, the impacts and consequences, of moving populations within and across national boundaries. The University’s vitality as a world-class international research institution is itself dependent on being at the centre of scholarly mobility of people, ideas and resources. The extraordinary diversity in its scientific and engineering laboratories is directly related to the effervescence of innovative ideas and knowledge. Creativity comes from the interchange between people with different histories, perspectives and ideas. Diversity caused by migration has been at the heart of humankind’s capacity to innovate and change for thousands of years.

On the assumption that no one discipline can explain the power of human migration as a social force, the network aims to bring forward the insights of various research programmes and combine them with the perspectives of a diverse range of disciplines - including biological anthropology, archaeology, history, politics, economics and sociology, health and education studies, criminology and law - so as to capture the significance of human movement, over time and space, for the health and well being of populations, societies, communities and individuals.

By combining disciplinary forces, the network aims to encourage a different debate about the impact of “the age of migration”. There are many contemporary questions we want to answer:

The consequences for the next generation of this debate are particularly important for teaching universities such as Cambridge. There are tangible gains from global migration but as The World We Want (a platform created by the UN and civil society) argue “without migration policies that have human rights and equity at their core”, the potential of young people whether migrant or not will not be realised – rather they will be distanced from humanistic values and are likely to experience escalating national and global conflict.

Professor Madeleine Arnot is in the Faculty of Education and Professor Loraine Gelsthorpe is in the Institute of Criminology at the University of Cambridge. 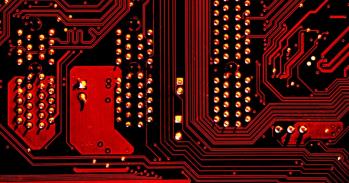 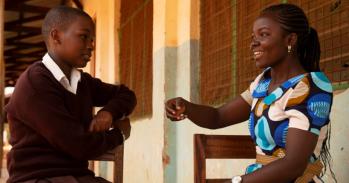