Opinion: COP24: here's what must be agreed to keep warming at 1.5°C

As the COP24 climate summit begins in Poland, Hugh Hunt from Cambridge's Department of Engineering outlines just what it will take to limit global warming to 1.5°C, as outlined in the 2015 Paris Agreement.

The Paris Agreement of 2015 has a central aim to keep global temperature rise this century well below 2°C above pre-industrial levels and to “pursue efforts” to limit the temperature increase even further to 1.5°C. This is an ambitious aim – global temperatures are rapidly approaching the 1.5°C target and the 2°C limit is not far away.

The path to 1.5°C requires that the world achieve zero emissions before 2050. It is imperative, therefore, that we stop burning fossil fuels, known as mitigation. However, our present trajectory suggests we’re not on track. COP24 can’t take its eye off this ball –- there is no long-term plan that doesn’t include zero fossil-carbon emissions. The scientific consensus is that we need to reach “net zero” CO₂ emissions by 2050. But to tack closer to a scenario of 1.5°C warming, COP24 should set this target for 2035. 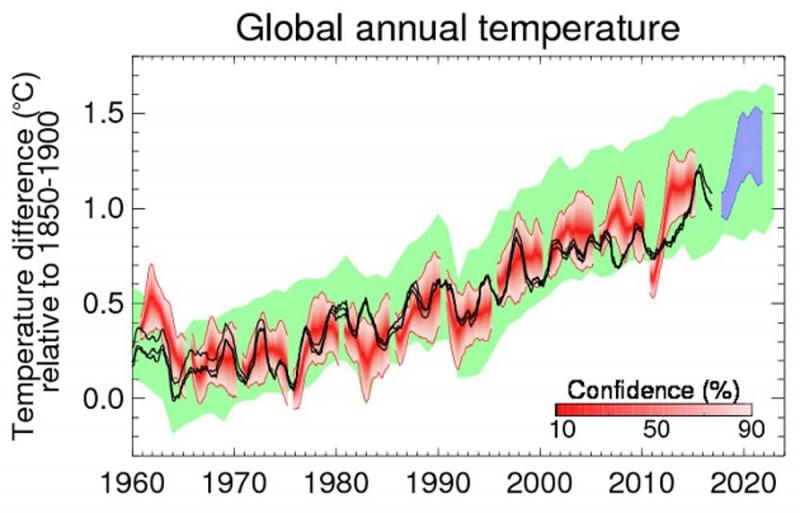 The United Nations, in the IPCC Special Report on Global Warming of 1.5ºC has accepted that there isn’t any obvious pathway to zero emissions in such a short time frame, so they have pegged their hopes on NETs – Negative Emissions Technologies. These approaches include carbon capture and storage (CCS), which involves sucking CO₂ from the air and storing it deep underground.

Carbon removal along these lines is the second imperative for COP24 in Katowice. Globally we emit around 40 billion tonnes of CO₂ annually, so net zero CO₂ by 2050 will require CO₂ removal of this scale, starting immediately.

Read more: Explainer: what is carbon capture and storage?

But CO₂ isn’t the only problem. We emit other greenhouse gases such as methane, nitrous oxide and chlorofluorocarbons (CFCs) which all contribute to climate change. Methane is on the rise and is 84 times more potent as a greenhouse gas than CO₂.

It comes from cows, and it leaks from oil wells and coal mines as “fugitive methane”. It is also seeping out of the melting permafrost in the Arctic. This is a worrying form of “positive feedback” where global warming causes the further release of gases that cause further warming.

Nitrous Oxide, which is 300 times more potent than CO₂, is rising too, caused by modern agriculture. And the concentration of refrigerant gases, such as CFCs, which are thousands of times more potent than CO₂, is not falling as fast as we’d hoped. So COP24 has a third imperative, to prevent the rise of non-CO₂ greenhouse gases. If we can stabilise non-CO₂ greenhouse emissions at present day levels we’ll be doing well, but concentrations are rising fast. 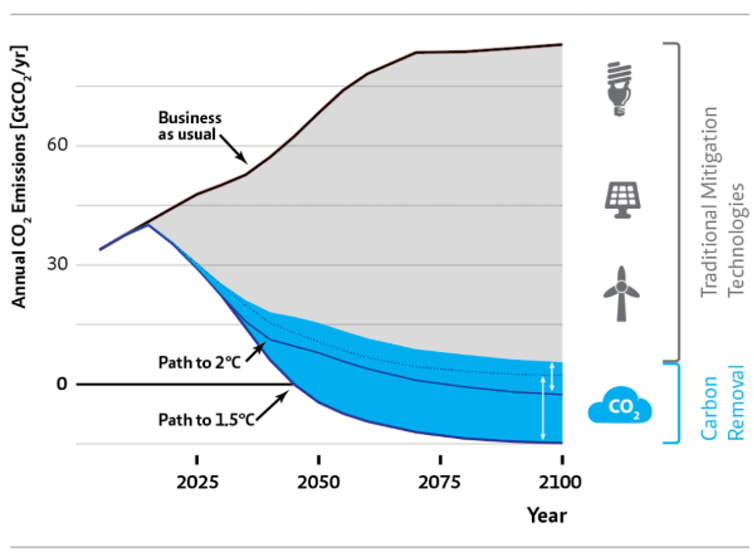 All of this is going to be hard work. We’re failing to cut down our emissions, the technologies for NETs don’t exist at any meaningful scale, yet and there are no political drivers in place to enforce their deployment. There is also a real risk of a dramatic rise in methane in the near future. COP24 will have to consider emergency plans.

One such plan is very controversial. There are so-called “geoengineering” technologies which can be used to cause changes in global temperatures. One of these is Solar Radiation Management (SRM), which involves injecting tiny aerosol particles high in the atmosphere where they reflect sunlight into space.

We know from the eruption of Mount Pinatubo in 1991 that stratospheric aerosols caused a cooling of around 1°C over a year. The northern winter of 1992 saw a dramatic increase in sea ice and a stalling of glacial melting. SRM technologies exist and the first sun-dimming experiments are underway. 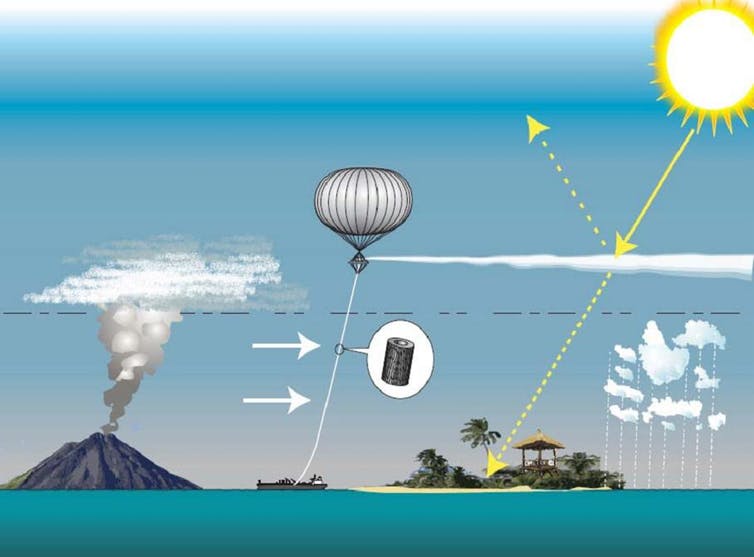 There is a realistic possibility that deploying SRM can buy us some time to enact the essential measures needed to stop warming at or before 1.5°C. The discussions at COP24 must keep all options on the table, and as unpalatable as geoengineering technologies might seem, their deployment may prove to be unavoidable.

The indicators are all in the danger zone. We are seeing increasing Arctic temperatures, rapid loss of Arctic sea ice, reduced Arctic reflectivity, rapidly melting ice shelves and methane release from permafrost. These are leading to rapidly rising sea levels, coastal flooding and storm surges, increased hurricane and storm activity, dry and hot conditions conducive to wildfires, and drought and crop failure.

The urgency for decisive action is the imperative for COP24. The UN must press on with four major strands for meeting the Paris 1.5°C target:

All four of these must proceed simultaneously and in parallel. COP24 must make this perfectly clear. There is utmost urgency and no time to “wait and see”.

iceberg near body of water