‘Intelligent Trust’, ethno-religious relations and the rise of the food bank

Shana Cohen and Ed Kessler discuss how individuals of different ethno-religious backgrounds in Europe can learn to trust each other, and how community-building initiatives in deprived areas can enhance the resilience of society.

In December 2011, when economic turmoil was sweeping through Europe, the Woolf Institute and the Cardinal Bea Centre for Judaic Studies of the Pontifical Gregorian University in Rome organised a meeting between the former Chief Rabbi, Lord Sacks, and Emeritus Pope Benedict XVI.

Following the Papal Audience, Lord Sacks delivered a lecture and stated that, “when Europe recovers its soul, it will recover its wealth-creating energies. But first it must remember: humanity was not created to serve markets. Markets were created to serve humankind.” He identified the breakdown of trust as a cause of the economic crisis and pointed out that that the key words in the financial markets are spiritual: “credit” (from “credo”) and “confidence” (from “confidere”).

In the months that followed the papal audience, Woolf Institute staff, led by Drs Shana Cohen and Ed Kessler, began to prepare a European-wide research project to address public and academic concerns related to trustworthiness; in particular, the aim was to explore the practical importance of trust and its placement within social relations, especially across ethno-religious differences. The title ‘Intelligent Trust’ was adopted from a concept put forward by philosopher Baroness Onora O’Neill and her argument that “trustworthiness rather than trust should be our first concern.”

The economic crisis in Europe since 2007 has provoked substantial discussion within the public sphere regarding the decline of trust in the State and major private institutions like banks. Institutions are now charged with ‘restoring confidence’. For instance, banks should refrain from aggressive sales tactics to push high-risk products, which prioritise self-interest over the benefit of consumers. The implication here is that, to become trustworthy again, commercial institutions should prioritise the interests of those who rely upon them over (or even to the exclusion of) profits.

In contrast to public concern for the institutional practice of trustworthiness, academic research and philosophical debate have focused on more abstract, or non-contextual, questions of how individuals place trust (or mistrust) within interpersonal relations. Here, the individual trusting decides whether the trustee (i.e. the person trusted) will perform to expectations in the particular area in question (financial transaction, taking care of the children, and so on). The individual placing trust takes a risk and elects to become vulnerable to the trustee’s consequent actions.

In the project, we asked if and how community and faith-based initiatives in London, Paris, Berlin and Rome integrate trust and trustworthiness in their activities to improve their practical effectiveness. Across the four cities, the project compared the role of trustworthiness and trust among three different types of initiatives aimed at increasing local social and economic resources, individual aspirations and personal growth: interreligious understanding, social action and business associations. The research identified and investigated the significance of qualities associated with trustworthiness – for instance, reliability and honesty – demonstrating trustworthiness, and placing trust to the functioning, sustainability and impact of each type of initiative.

Our project addressed a gap in ethnographic research on the practical role of trust and trustworthiness at a critical moment for understanding how individuals of different ethno-religious backgrounds in Europe learn to trust each other and how community-building initiatives in deprived areas enhance individual growth.

In Europe, the far right is becoming stronger politically and anti-immigrant rhetoric is becoming more pervasive. Marginalisation of religious practice in public space, particularly regarding Islam, has also become more prominent across the region. At the same time, public sector cuts and increasing deprivation and unemployment in Europe have resulted in clergy and lay leaders becoming more prominent advocates for vulnerable populations, and community and faith-based social action has become vital in addressing basic human and social needs – demonstrated by the dramatic expansion of church-run food banks in the UK, for example.

Our preliminary research suggests that community-level responses to austerity are making trust and trustworthiness an integral part of their operations and aims, emphasising honesty, reliability and competence. In providing this kind of data on the practice and practical importance of trust at a local level, the project should prove valuable to community leaders and policy makers seeking to improve the effectiveness of local cooperation not only in the areas included in the study but also beyond.

In emphasising the relation between character development and the integration of trust and trustworthiness into organisational practises, the research may also demonstrate that changes to practises in other sectors, like banking, may have profound implications for the development of individual qualities like honesty and reliability.

Our hope as well is that the research project will shed light both on how relations between different ethno-religious groups are evolving in communities under economic pressure and the practical importance of trustworthiness and trust within community responses to these pressures. By integrating analysis of attitudes and behaviour between individuals of different faiths (and none) with community-based work in an era of austerity, the project may indicate ways to advance simultaneously interfaith relations and individual opportunities and welfare at a local level. In addition, by including theology in the multidisciplinary project, the Intelligent Trust research project will contribute to efforts to regain momentum towards a genuine interfaith conversation.

Drs Shana Cohen and Ed Kessler are at the Woolf Institute (www.woolf.cam.ac.uk/), which is dedicated to the study of relations between Jews, Christians and Muslims. 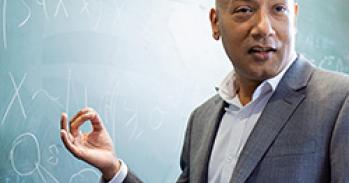