Understanding the past, shaping the future | Vice-Chancellor's blog

The Vice-Chancellor, Professor Stephen J Toope, discusses the University’s forthcoming study into its historical relationship with the slave trade and other forms of coerced labour.

History is inescapable in Cambridge. I was very moved upon learning recently that the eldest daughter of Olaudah Equiano, the former slave-turned-abolitionist, is buried in St Andrew’s Church, Chesterton, just a stone’s throw away from the centre of Cambridge. She was only four at the time of her death, in 1797.

Equiano’s memoir of kidnap and enslavement was vigorously championed by Thomas Clarkson, whose effigy adorns the outside of St John’s College chapel. Inside the chapel is a statue of William Wilberforce, another St John’s alumnus, who got the Abolition Act of 1807 through Parliament.

One of the criticisms lobbed at the University after it announced plans to commission research into its historical links to the slave trade is that it is wilfully ignoring the role played by some of its members in slavery’s suppression. I disagree. Should justifiable pride in our alumni’s contribution to the abolition campaign prevent us from acknowledging that they did not represent the entire picture?

It has also been suggested that, rather than ruminating on the past, the University should employ its resources and talent towards solving current and future problems. If it was really interested in issues of inequality, one commentator said, the University might wish to turn its attention to issues like unconscious bias and racial profiling in the development of artificial intelligence. In fact, through the Leverhulme Centre for the Future of Intelligence, Cambridge has been actively involved in understanding the impact of A.I. on diversity and social justice.

I reach here for the words of the Rev Dr Michael Banner, Dean and Fellow of Trinity College, who commenting on the announcement said: “Understanding the past and shaping the future are not necessarily separate projects.” Cambridge, I would add, is exceptionally well placed to undertake both of them.

In fact, the two projects cannot be easily disentangled, because a society’s historical baggage and its modern-day challenges are inextricable. “We read the future by the past”, to quote one of our earliest black scholars, Alexander Crummell. I was concerned at the findings of this month’s joint report by Universities UK and the National Union of Students, which once again demonstrated the attainment gap in higher classed degrees between white and black students. Although the gap at Cambridge, at around 14 per cent, is significantly lower than the national average, it is our duty to understand what is happening, and why. Indeed, significant work is underway to identify the reasons for our attainment gap, and what can be done to close it. I know that our Colleges, Departments and Faculties are working hard to increase the numbers of students, teachers and researchers from black and ethnic minority backgrounds, and to include a diverse mix of international students.

Regular readers of these blog posts will know the value I place on openness – including openness to our own past – and diversity – including the need to tackle issues of widening access and reducing attainment gaps.

Universities flourish when, to quote Walt Whitman, they ‘contain multitudes’; when they embrace different world views, different cultures and different ways of looking at a problem. The most successful universities gather talented students and staff without regard to social background, country of birth or religious upbringing.

When I was at the University of British Columbia, we struggled, like all Canadian institutions, to be genuinely open to the life experience and unique insights of indigenous peoples. But the struggle was deeply rewarding, as indigenous knowledge began to influence new (though actually very old) understandings of how to resolve disputes, how to improve the interactions of humans and the natural environment, how to reconsider approaches to punishment for crime, how to study and improve upon plant-based treatments for some diseases.

The Cambridge context may be different, but for me the commitment to an inclusive and diverse community remains fundamentally the same. In talking with colleagues and students across the University, I am convinced that we genuinely aspire to foster a community of learning that is as attractive to a talented working-class white boy from the North East, or a black girl from a large East London comprehensive school, or a student from a village in western China, as it is to a middle-class student from the Home Counties.

Cambridge can, at first glance, seem an alien and even forbidding place to people who are not familiar with its ways. Its beauty, its history and its traditions, treasured by so many of us, can paradoxically be off-putting to individuals who have grown up in altogether different circumstances. I should know – I was one of them when I came to Cambridge as a scholarship student.

The legacy of slavery forms a part of who we are today, and informs what we wish to achieve. We can never rewrite history, or do away with our architectural heritage – they are rightly a source of great pride – but we can address inequality, and change the feel of the place in our own times. The experience of the here and now.

Many black students and staff have shared their strong belief that the University is unwilling to discuss openly issues of race, and that not acknowledging our full history is just sweeping race under the carpet. So commissioning research into the University’s links to slavery is not just an exercise in looking backwards, but also in shaping our future. Because, to quote the Rev Dr Banner again, “Remembering our past history in the present moment may be the key to living with greater integrity in the future.”

To this end, as was widely publicised, an Advisory Group chaired by Professor Martin Millett was convened earlier this year. Its role will not be to conduct the research itself, but to set the parameters of the research (which will be supported financially by the Vice-Chancellor’s Endowment Fund), to recruit the postdoctoral researchers who will undertake it, and to support them over the course of their work. The Advisory Group will then report the findings and suggest ways of acknowledging the modern impact of our historical links to slavery.

In the process of defining the scope of the research to be conducted, and the shape of the wider initiative, the Advisory Group will be consulting widely and collaborating with experts across the entire collegiate University, and indeed with experts from other institutions.

As it considers appropriate ways of publicly acknowledging the modern impact of slavery, the Advisory Group will engage with the broadest possible range of interests, from our student groups and our Race Equality Champions to University Societies such as the Black Cantabs Society and the African Caribbean Society. In due course, the Advisory Group will be convening town hall forums to ensure that the process of investigating this aspect of the University’s history is, in itself, open and diverse.

I have been hugely encouraged by messages of support for the initiative from all quarters of the collegiate University. There have been offers of help from academic colleagues in Africa, in the United States, and in the Caribbean. There have been expressions of interest from the public.

Some may see an investigation into slavery as a form of unnecessary atonement. I take a different view. If we mean what we say about wanting Cambridge to be open and welcoming, we must ourselves be open to the complex realities of the past as well as the complex challenges of the future. Only then can we embrace Whitman’s spirit, and confidently say that within ourselves – and within our University – we contain multitudes. 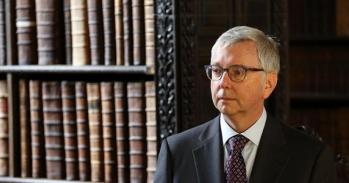 Reflections at the door | Vice-Chancellor's blog 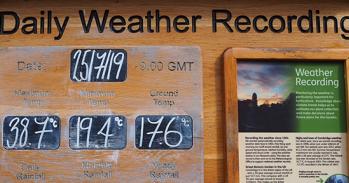 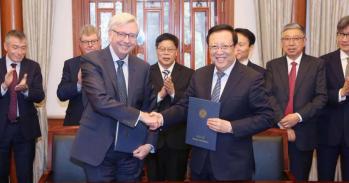 On being global in the times of Brexit | Vice-Chancellor's blog 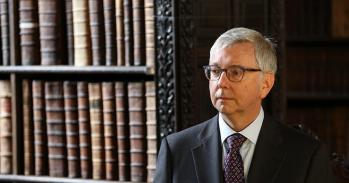 A stitch in time ... protecting the University's finances for a robust future | Vice-Chancellor's blog