The new building for the Medical Research Council (MRC) Laboratory of Molecular Biology (LMB) in Cambridge was officially opened by Her Majesty the Queen today.

This is a superb building for superb scientists engaged in fundamental research that is changing lives.

The Queen and His Royal Highness The Duke of Edinburgh arrived on the nearby guided bus to be greeted by local primary school children before touring the LMB’s new state-of-the-art building and learning about its cutting edge work on Alzheimer’s, viruses, asthma and other key areas of medical research.

A birthplace of modern molecular biology, the LMB is a world-class, multidisciplinary laboratory exploring some of the most complex problems in basic biological science. The new LMB building is the flagship for the extended Cambridge Biomedical Campus and the official opening is a highlight of the Medical Research Council’s Centenary celebrations, taking place throughout 2013.

Costing £212 million, the new building provides world-class research facilities and additional space for around 600 scientists, PhD students and support staff. The Large Facilities Capital Fund, administered by the predecessor to the current Department for Business, Innovation and Skills, contributed £67 million towards the project and the remainder is funded by the Medical Research Council, and includes income generated from the commercialisation of discoveries made at LMB. The University of Cambridge has also contributed £7.5 million to enable them to house University groups alongside LMB teams.

Sir Hugh Pelham, Director of the LMB, said: “It is a huge privilege to be the director of this great institute, founded by the Medical Research Council over 50 years ago as the new discipline of molecular biology was first emerging.  LMB scientists have enjoyed great success and today continue to provide the knowledge needed to solve fundamental problems in human health.  At the same time they are encouraged to exploit their discoveries – through patents, licensing and business start-ups – helping to advance medical research and improve the UK’s economic competitiveness.

“This magnificent new building was completed to budget and only a few weeks behind schedule.   It was occupied and fully operational within a little over a month.  This event is a tribute to all those who have worked so hard to make this vision become reality.”

Chief Executive of the MRC, Professor Sir John Savill, said: “Anyone who has seen the LMB’s new home will have been struck by the beautiful proportions of this ‘cathedral of science’. This is a superb building for superb scientists engaged in fundamental research that is changing lives.”

David Willetts, Minister for Universities and Science, said: “The LMB has been responsible for some of the most significant breakthroughs in modern medicine. This leading edge building will ensure this legacy continues well into the future. It will support world-class scientists, drive growth and keep the UK at the forefront of research and innovation.”

Professor Sir Leszek Borysiewicz, Vice-Chancellor of the University of Cambridge, said: “The LMB and the University of Cambridge are world-leading institutions: this fabulous new home for the LMB, which includes space to house medical researchers from the University, will strengthen this exceptional collaboration even further. As Vice-Chancellor of Cambridge and previously CEO of the MRC, it is wonderful for me to see an exceptional building which symbolises that strong relationship, and provides the scientists with a home of a scale and ambition which matches the vital research that they perform.”

The Queen’s visit mirrored a visit to Cambridge 51 years ago, on Monday 28 May 1962, when she officially opened the LMB’s previous building and Addenbrooke’s Hospital. Following her visit to the LMB on 23 May the Queen, accompanied by the Duke of Edinburgh, will open the new Rosie Hospital on the Addenbrooke’s site.

The LMB’s history dates back to 1947, when the Medical Research Council set up a 'Unit for Research on the Molecular Structure of Biological Systems'. Since then the Laboratory has become known as ‘The Nobel Prize factory’: with nine Nobel Prizes shared amongst 13 LMB scientists.

Discoveries made at the LMB have formed the basis of many biotechnology companies, including Domantis, Cambridge Antibody Technology, Ribotargets, Protein Design Labs, Celltech, and Biogen.

The LMB’s greatest success is the development of humanised monoclonal and synthetic antibodies. This breakthrough led to the development of important drugs, such as Herceptin® and Humira. Monoclonal antibodies account for a third of all new therapeutic treatments: for breast cancer, leukaemia, asthma, arthritis, and psoriasis. The LMB is a great success story for the UK – with income from royalties and share sales arising from LMB patents amounting to £330 million over 2005-10.

As part of MRC Open Week, the LMB will be opening its new building to the public on Saturday 22 June. Open to all ages, the LMB Open Day will give visitors an opportunity to view the new building, gain an insight into the Laboratory's work and take part in a range of family-friendly hands-on activities. 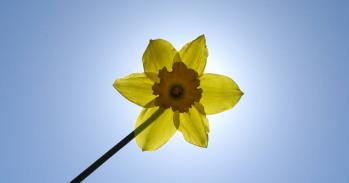