Graduate, get a job … make a difference #4

Cambridge graduates enter a wide range of careers but making a difference tops their career wish lists. In this series, inspiring graduates from the last three years describe Cambridge, their current work and their determination to give back.

Isobel Firth (Newnham College) BA Natural Sciences (2016)
I graduated last summer and I’m currently working with the Drugs for Neglected Diseases initiative (DNDi), a non-profit organisation based in Geneva that develops treatments for neglected diseases and patients with a public health focus.
I’m working in the paediatric HIV and Hepatitis C programmes with a very experienced and interdisciplinary team. The projects are a fantastic mixture of medicine, chemistry, law and public health rolled into one and I’m learning lots about the world of drug development.
In the HIV project we are working to provide a treatment for children with HIV which is practical to dose, easy to administer, in a taste-masked formulation, and which is available to infants as soon as they are diagnosed with HIV. This is vital because early treatment makes the difference between life and death for these children. The Hepatitis C project is focussed on developing an affordable treatment for Hepatitis C as the current treatment options are too expensive for the majority of people living with the disease which can eventually lead to liver cancer.
The work I do on these projects is varied, including literature reviews, presenting and analysing scientific data on potential drug candidates and editing scientific papers for peer review. These all require skills I developed during my time at Cambridge. Working here has confirmed my interest in a career in public health, and the experience of working in this organisation will help in making that a reality.
What Cambridge did for me
On the Natural Sciences course, I had to write scientific essays for supervisions which left nowhere to hide – if you have misunderstood a topic it becomes very obvious. I had never written a scientific essay before coming to Cambridge and the first few took me days to write but I slowly improved through practice. In my final year I did a laboratory research project where, along with other practical lab skills, I learnt the ropes of academic science writing which I use all the time in my current job.
On top of my studies, I was part of the Cambridge University Swimming and Water Polo Club (CUSWPC) throughout my three years and was president of the club in my final year. This involved organising events such as alumni meals and our historic varsity match against Oxford, and lobbying for greater provision for sports clubs within the university. Many of the skills I now have in the workplace were developed as a result of being involved with CUSWPC and it was definitely the best thing I did while at Cambridge.
When I was applying to do a Masters in public health I met with a Cambridge careers advisor who helped me to re-engineer my CV and, as a bonus, told me about the Cambridge Global Health Scheme. I applied with little hope but was accepted onto the scheme which led me to an internship at the World Health Organisation in Geneva. It was a fantastic experience for someone with aspirations in public health and I was lucky to have the experience so early in my career. Through that, I began an internship with DNDi in Geneva – this wouldn’t have been possible without the University’s Global Health Scheme.
My motivation
I was always impressed, if not intimidated, by the calibre of research going on at Cambridge. I understood that it was, in some abstract way, impactful down the line, however my real interest was how incredible scientific innovation translates into positive change. For that reason, I wanted to use my scientific background to work in public health, where science meets the harsh reality of economics and politics.
Bridging the gap between innovation and health intervention for the most needy is what motivates me now, which is why the work of DNDi appealed to me so much. Their motto is ‘the best science for the most neglected’ which means that the organisation is the vital link between a eureka moment at the laboratory bench and helping people with diseases for which they would not otherwise get treatment.
Applying to Cambridge
I went to a local comprehensive school in Chesterfield, Derbyshire. I had great teachers who inspired me to learn science and helped me with the things I found difficult (thanks Mrs Nicholl for all the help). My school would generally have a couple of Oxbridge applicants every year but I had almost no preparation for my Cambridge interview. Following one good interview and one terrible interview at the College I applied to, I was offered a place in the Winter Pool by a different College, Newnham, where I happily completed my three year Natural Sciences degree.
Starting at Cambridge was intense, the first year Natural Sciences course is extremely full on and I don’t think any of us, whatever schools we had been to, were prepared for it. We helped each other through it and when I received my good results at the end of first year, I realised that I wasn’t as out of my depth at Cambridge as I sometimes felt. 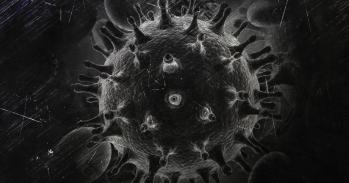 Graduate, get a job … make a difference #7 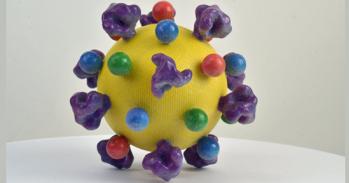 Meeting local needs: how the Fens can learn from research in Africa