Censorship versus freedom of expression

In a series of provocative debates at this year’s Cambridge Festival of Ideas (19 October – 1 November), censorship and freedom of expression will be explored by a range of leading thinkers and experts in their fields.

Is terror legislation being used to stifle free expression? Where should the line be drawn on pornography? Can national broadcasters be truly independent at a time of war?

The first of these debates, on Wednesday 21 October, includes author and journalist, Bidisha, who will take part in ‘Hidden voices: censorship through omission’, which examines how censorship is sometimes more about whose voice is heard rather than what is said. Her fellow panellists include writer and journalist Peter Hitchens, feminist writer Julie Bindel and Cambridge sociologist Ella McPherson.

Speaking ahead of the debate, Bidisha said: “In the UK, as in many other seemingly pluralistic and democratic contexts in all hemispheres, not just 'the West', the spectrum of debate is not representative of society as it really is. Despite laws against discrimination on the grounds of sex, race, ability, sexuality and other factors – the media, politics, the arts, science, public life and indeed all institutions that hold power or set the agenda –  we know that women, people of colour of both sexes, differently abled individuals and many other speakers, experts, workers or practitioners who are not privileged and entitled white men are simply left out of the debate. They – we – are not given a place at the table, an opportunity to speak or a chance to be heard. Our contributions are written out of history or misjudged as inferior and we are represented by stereotypes and assumptions based on prejudice.”

Another challenging event on Saturday 24 October asks the question, ‘Can writers and artists ever be terrorists?’ Anti-terror legislation has been used in several countries to effectively gag free speech about sensitive political issues, but can writing or painting be a terrorist act? And what role do artists play in radicalisation? Speakers include Pelin Basaran, researcher and co-director of the project ‘Siyah Bant-Freedom of Expression in the Arts’ in Turkey and Director of Performing Arts' Research and Creation; Jodie Ginsberg, CEO of Index on Censorship; Professor Anthony Glees, Professor of Politics at University of Buckingham; and Sara Silvestri, Director of Studies in Human Social and Political Science at St Edmund’s College and a Research Associate with the Von Hügel Institute.

Speaking about her position in this debate on freedom of expression, Jodie Ginsberg, CEO of Index on Censorship said: “As governments worldwide respond to threats from terror, I will be considering the impact this has on civil liberties and democracy, and considering the way in which terror legislation is being used to stifle free expression. Considering recent examples in Egypt and Turkey, I will also explore what's happening in the UK: from mass surveillance powers to extremism disruption orders, and what this means for free speech.”

Professor Anthony Glees disagrees and will argue, “The government is right to say there is no clear line to be drawn between non-violent and violent extremism. Those who incite others to maim and kill are as guilty as those doing the maiming and the killing, sometimes more so.”

During the second week of the Festival, on Wednesday 28 October, a further panel discussion, ‘The body politic: censorship and the female body’, will consider the politics of pornography, objectification of women and censorship, and asks where should the line be drawn on pornography and should censorship be the answer to female objectification? With feminist poet Hollie McNish; David Bainbridge, author of Curvology: the Origins and Power of Female Body Shape; journalist Ian Dunt, and Cambridge philosopher Professor Rae Langton.

Ian Dunt said: “The only time we should ever ban pornography is if its production or distribution takes away someone's freedom. This is plainly the case if someone has been forced to appear in pornography – for instance in so-called revenge porn, which is rightly being banned. It would also be the case if we had specific data suggesting the prevalence of pornography triggered an increase in sexual assaults. But those data do not exist and there is no reason to believe pornography does have that effect. Instead, we've seen a wave of moral panic – from won't-someone-think-of-the-children moralists to parts of the radical feminist movement. This new puritanism is interfering in the activities of consenting adults, motivated by a vague sense of moral and social decline. Anyone who believes in freedom of expression should stand up to it.”

On Thursday 29 October, an illustrious panel including Caroline Wyatt, former defence correspondent for the BBC, will explore the question, War, censorship and propaganda: does it work? This debate will examine how war reporting presents particular issues for politicians and journalists and questions whether censorship in wartime has changed over time, and the issues for broadcasters in a world of 24/7 news and social media. Other panel members include Cambridge Historian Professor Christopher Andrew, a specialist in the history of intelligence services; Professor David Welch, an expert in 20th century political propaganda from the University of Kent; and former journalist and specialist in war and social media, Dr Peter Busch from King's College London.

Established in 2008, Cambridge Festival of Ideas explores some of the most essential and thought-provoking ideas of our time. Hundreds of mostly free events, ranging from talks, debates and film screenings to exhibitions and comedy nights, are held in lecture halls, theatres, museums and galleries around Cambridge.

This article was originally published on the Cambridge Festival of Ideas website. 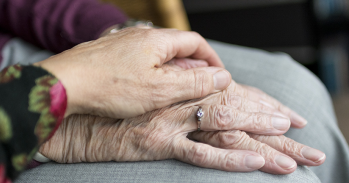 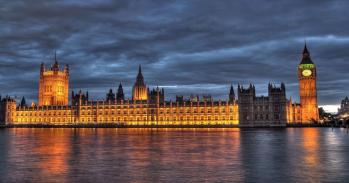 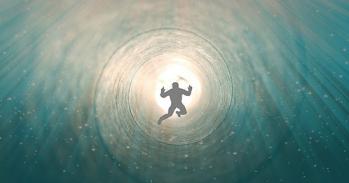