The University of Cambridge will conduct an in-depth academic study into ways in which it contributed to, benefited from or challenged the Atlantic slave trade and other forms of coerced labour during the colonial era.

The two-year inquiry will explore University archives and a wide range of records elsewhere to uncover how the institution may have gained from slavery and the exploitation of labour, through financial and other bequests to departments, libraries and museums.

It will also investigate the extent to which scholarship at the University of Cambridge, an established and flourishing seat of learning before and during the period of Empire, might have reinforced and validated race-based thinking between the 18th and early 20th Century.

A specially commissioned Advisory Group appointed by the Vice-Chancellor, Professor Stephen J Toope, has been asked to recommend appropriate ways to publicly acknowledge past links to slavery and to address its impact.

The eight-member Advisory Group overseeing the work is being chaired by Professor Martin Millett, the Laurence Professor of Classical Archaeology, and draws its membership from relevant academic departments across the University. The panel will call on further external expertise as necessary.

The inquiry will be conducted by two full-time postdoctoral researchers, based in the Centre of African Studies, part of the School of Humanities and Social Sciences. The research will examine specific gifts, bequests and historical connections with the slave trade. Researchers will also look into the University’s contribution to scholarship and learning that underpinned slavery and other forms of coerced labour.

Professor Millett said: “This will be an evidence-led and thorough piece of research into the University of Cambridge’s historical relationship with the slave trade and other forms of coerced labour. We cannot know at this stage what exactly it will find but it is reasonable to assume that, like many large British institutions during the colonial era, the University will have benefited directly or indirectly from, and contributed to, the practices of the time.

“The benefits may have been financial or through other gifts. But the panel is just as interested in the way scholars at the University helped shape public and political opinion, supporting, reinforcing and sometimes contesting racial attitudes which are repugnant in the 21st Century.”

Professor Toope, the Vice-Chancellor, said: “There is growing public and academic interest in the links between the older British universities and the slave trade, and it is only right that Cambridge should look into its own exposure to the profits of coerced labour during the colonial period.

“We cannot change the past, but nor should we seek to hide from it. I hope this process will help the University understand and acknowledge its role during that dark phase of human history.”

The Advisory Group’s work comes amid a wider reflection taking place in the United States and Britain on the links between universities and slavery. It is among a number of race equality initiatives currently being pursued at the University of Cambridge. In February, the Centre of African Studies hosted a round table on 'Slavery and its Legacies at Cambridge'.

The Advisory Group is expected to deliver its final report to the Vice-Chancellor in summer 2022. Alongside its findings on historical links to the slave trade, the report will recommend appropriate ways for the University to publicly acknowledge such links and their modern impact. 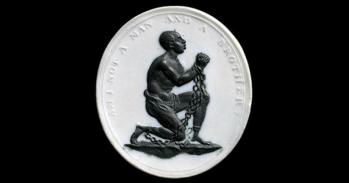