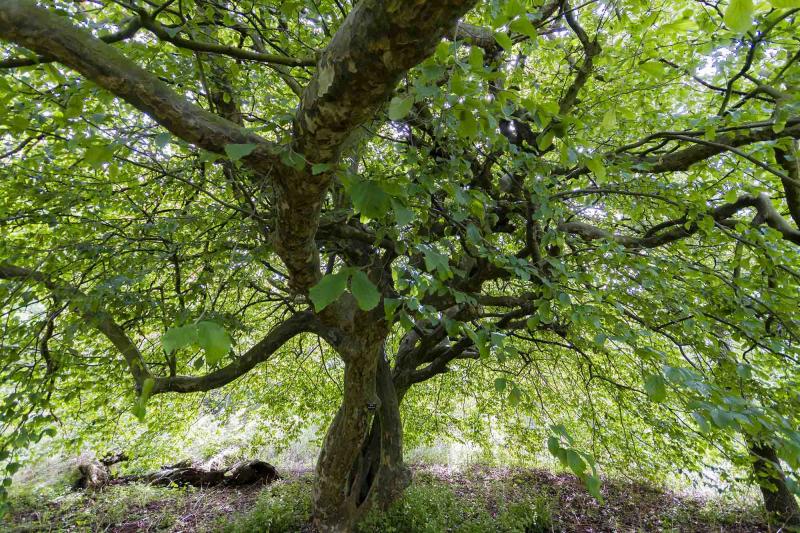 In the ever-changing landscape of the Botanic Garden, choosing one favourite plant is a real challenge, but after deliberation I have opted for this tree, Parrotia persica. It is a member of the Hamamelidaceae (witch hazel) family, and is named after the German naturalist, Dr Friedrich Parrot, who made the first ascent of Mount Ararat in the 1820s; its natural homeland is Persia, or modern-day Iran. To me, the common name of Persian Ironwood is particularly evocative. It hints at the exotic, distant lands of childhood fairy stories, while also bearing reference to the dense, solid wood for which the tree is renowned. 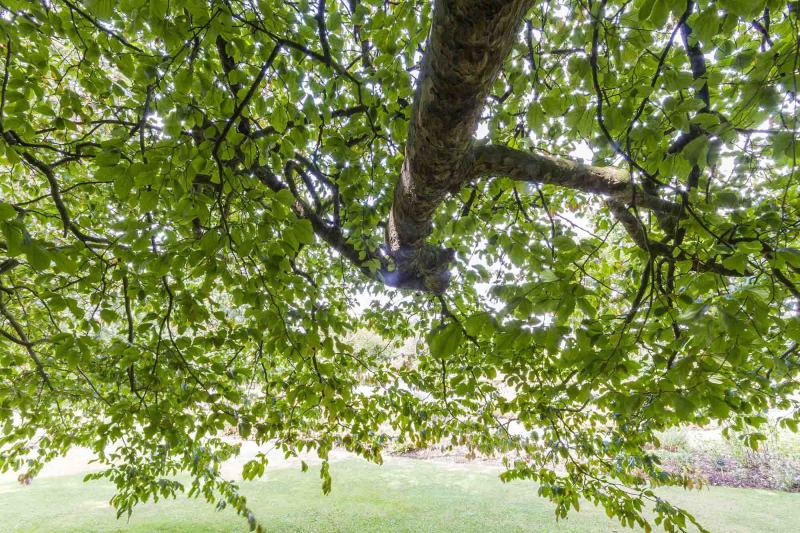 Our tree dates back to the early years of the Botanic Garden, having been acquired in the 1880s. Smaller in stature than many of its contemporaries grown within our collections, this slow-growing species is today a magnificent, mature specimen. Unassuming in appearance, it shifts gently with the seasons to offer year-round interest. In spring it displays dense flowers of blood-red stamens, which glisten in the low sunlight. Summer sees it clothed in a mop of glossy, ovoid leaves, which take on jewel-like colourings of crimson, yellow and amber in the autumn. Having shed its leaves in winter, the flaking bark of subtle pinks, greys and whites is fully exposed, allowing one to wonder at the network of entwined, self-grafting limbs. Just step beneath the canopy to enter an enchanted world, or simply to marvel at its beauty. In any season this tree is beguiling.